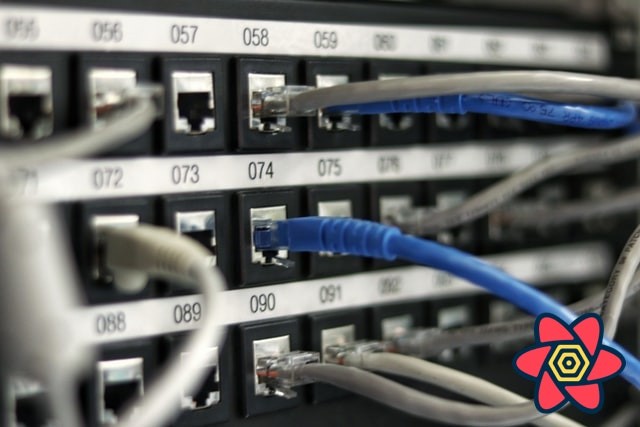 I've said it time and time again - React Query is an async state manager. As long as you give it a Promise, resolved or rejected, the library is happy. Doesn't matter where that Promise comes from.

There are many ways to produce promises, but by far the biggest use-case is data fetching. Very often, that requires an active network connection. But sometimes, especially on mobile devices where the network connection can be unreliable, you need your app to also work without it.

React Query is very well-equipped to handle offline scenarios. Because it provides a caching layer, as long as the cache is filled, you can keep working even if you don't have a network connection. Let's look at a couple of edge-case scenarios where v3 will not work as expected. I will use our basic post list / post detail example from the docs for illustration:

As I said, in v3, things work well as long as the cache is filled. An edge case scenario where things get weird would be the following:

What happens is that your query will stay in loading state until you regain connection. Also, you can see a failed network request in the browser devtools. That is because React Query will always fire off the first request, and if that fails, it will pause retries if you have no network connection.

Further, the React Query Devtools will show that your query is fetching, which is not entirely true. The query is actually paused, but we have no concept to represent that state - it's a hidden implementation detail.

Similarly, if you have turned off retries altogether in the above scenario, your query will go to error state immediately, with no way of stopping that.

Why do I need retries for my query to pause if I have no network connection 🤷‍♂️?

3) queries that don't need the network

In summary, there are two major issues: In some cases, React Query assumes that network connection is needed when that might not be true (case 3), and in other cases, React Query fires off a query even though it probably shouldn't (cases 1 and 2).

In v4, we've tried to tackle this problem holistically with a new networkMode setting. With this, we can clearly distinguish between online and offline queries. It is an option for useQuery as well as useMutation, which means you can set it globally or on a per-query basis. After all, you might have some queries that need network connection, and some that don't.

This is the new default mode in v4, as we expect most users to use React Query in combination with data fetching. In short, with this setting, we assume that a query can only run if it has an active network connection.

This means you can be in success state and paused, for example, if you've fetched data successfully once but a background refetch got paused.

Or, you can be in loading state and paused if a query mounts for the first time.

We've always had the isFetching flag that indicated that a query was running. Similar to the new paused state, a query could be success and fetching, or it could be error and fetching. Background refetches give you a lot of possible states to be in (👋 state machines).

As fetching and paused are mutually exclusive, we've combined them into the new fetchStatus that now gets returned from useQuery:

As a rule of thumb, the status of the query will give you information about the data: success means you'll always have data, loading means you don't have data yet. I thought about renaming the loading state to pending, but alas, this probably would have been "too breaking". 😅

On the other hand, the fetchStatus gives you information about the queryFn: is it running or not? The isFetching and isPaused flags are derived from that status.

Let's take a look at how case 1 from above can look like in v4. Please notice the new network mode toggle button in the RQ devtools. It's pretty cool because it doesn't actually turn off your network - it just makes React Query believe that there is no network for testing purposes. Yes, I am quite proud of it. 😊

We can clearly see the state the query is in (paused) due to the new purple status badge. Also, the first network request is made once we turn the network back on.

In this mode, React Query does not care about your network connection at all. Queries will always fire, and they will never be paused. This is most useful if you use React Query for something other than data fetching.

This mode is very similar to how React Query worked in v3. The first request will always be made, and if that fails, retries will be paused. This mode is useful if you're using an additional caching layer like the browser cache on top of React Query.

Let's take the GitHub repo API as an example. It sends the following response headers:

which means that for the next 60 seconds, if you request that resource again, the response will come from the browser cache. The neat thing about this is that it works while you're offline, too! Service workers, e.g. for offline first PWAs, work in a similar way by intercepting the network request and delivering cached responses if they are available.

Now those things wouldn't work if React Query would decide to not fire the request because you have no network connection, like the default online mode does. To intercept a fetch request, it must happen :) So if you have this additional cache layer, make sure to use the offlineFirst networkMode.

If the first request goes out, and you hit the cache - great, your query will go to success state, and you'll get that data. And if you have a cache miss, you'll likely get a network error, after which React Query will pause the retries, which will put your query into the paused state. It's the best of both worlds. 🙌

What does all of this mean for me, exactly?

Nothing, unless you want to. You can still decide to ignore that new fetchStatus and only check for isLoading - React Query will behave just like before (well - case 2 from above will even work better because you won't see the network error).

However, if making your app robust for situations where you have no network connection is a priority for you, you now have the option to react to the exposed fetchStatus and act accordingly.

What you do with that new status is up to you. I'm excited to see which ux people will build on top of this. 🚀