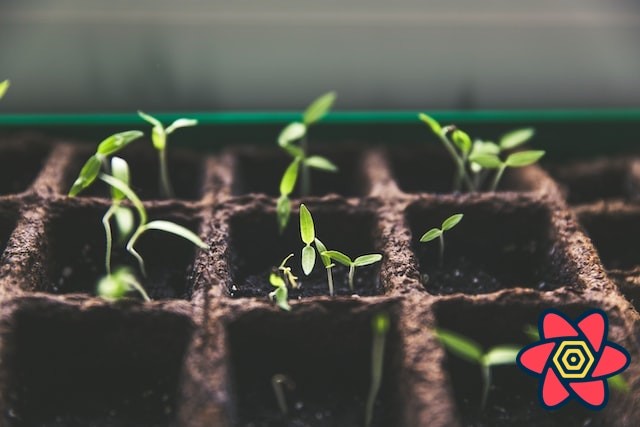 A new RFC about first class support for Promises has been released last week, and it got some talk going about how this would introduce fetch waterfalls if used incorrectly. So what are fetch waterfalls exactly?

A waterfall describes a situation where one request is made, and we wait for it to complete before firing another request.

Sometimes, this is unavoidable, because the first request contains information that is needed to make the second request. We also refer to these as dependent queries: 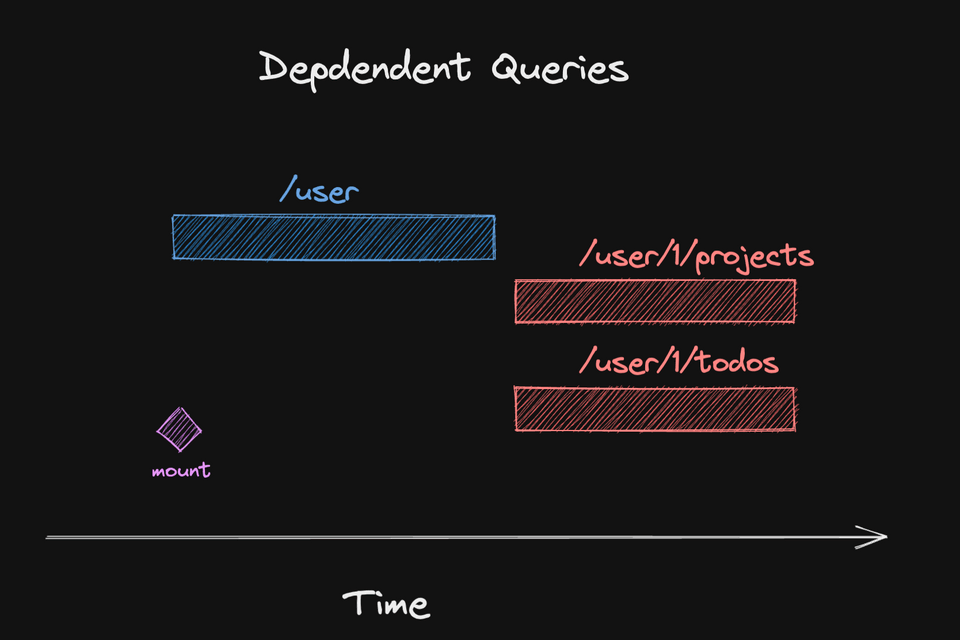 In many cases though, we can actually fetch all the data we need in parallel, because it is independent data: 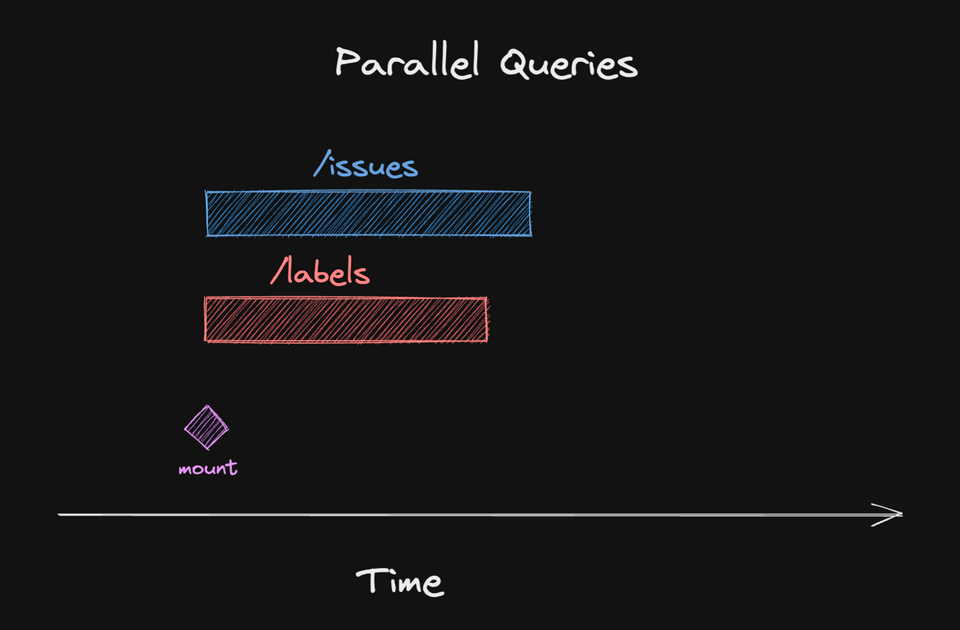 In React Query, we can do that in two different ways:

In both variants, React Query will kick off data fetching in parallel. So where do waterfalls come in?

Note: Please keep in mind that at the time of this writing, suspense for data fetching is still experimental! In the following examples, I will not be using the proposal from the RFC, but rather the suspense implementation that is already available in React Query (which is also experimental).

As described in the above linked RFC, suspense a way to unwrap promises with React. A defining trait of promises is that they can be in three different states: pending, fulfilled or rejected.

When rendering components, we are mostly interested in the success scenario. Handling loading and error states in each and every component can be tedious, and suspense is aimed at solving this problem.

When a promise is pending, React will unmount the component tree and render a fallback defined by a Suspense boundary component. In case of errors, the error is bubbled up to the nearest ErrorBoundary.

This will decouple our components from handling those states, and we can focus on the happy path. It almost acts like synchronous code that just reads a value from a cache:

A note on TypeScript

Sadly, when using TypeScript, data will still be potentially undefined in the above example, as suspense is just a flag on useQuery that can be turned on and off at will. It can also be combined with the enabled option, which will make the query not fire and thus make the component not suspend at all.

We might change this in the future with a dedicated useSuspenseQuery hook.

So this is nice and all, but it can backfire when you use multiple queries in the same component that have suspense turned on. Here is what happens: 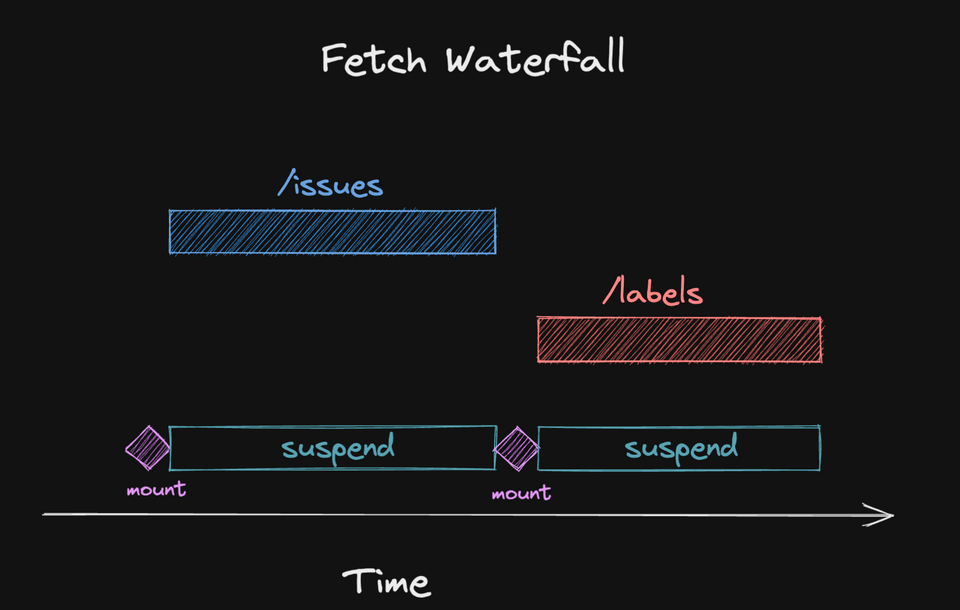 This will have pretty impactful implications on your application's performance, because you'll see that fallback for waaay longer than necessary.

The best way to circumvent this problem is to make sure that there is already data in the cache when the component tries to read it.

But even if that's not the case, you can still use prefetchQuery to initiate a fetch before the component is rendered:

The call to prefetchQuery is executed as soon as your JavaScript bundle is evaluated. This works very well if you do route base code splitting, because it means the code for a certain page will be lazily loaded and evaluated as soon as the user navigates to that page.

This means it will still be kicked off before the component renders. If you do this for both queries in our example, you will get those parallel queries back even when using suspense. 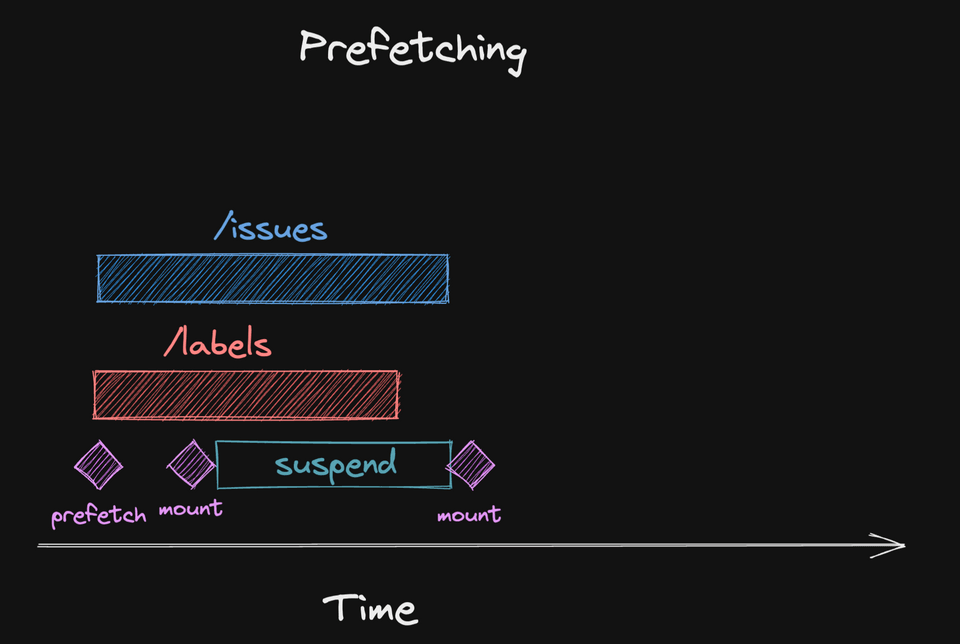 As we can see, the query will still suspend until both are done fetching, but because we've triggered them in parallel, the waiting time is now drastically reduced.

Note: useQueries doesn't support suspense right now, but it might do in the future. If we add support, the goal is to trigger all fetches in parallel to avoid those waterfalls.

I don't know enough about the RFC yet to properly comment on it. A big part is still missing, namely how the cache API will work. I do think it is a bit problematic that the default behaviour will lead to waterfalls unless developers explicitly seed the cache early on. I'm still pretty excited about it because it will likely make internals of React Query easier to understand and maintain. It remains to be seen if it is something that will be used in userland a lot.

Another nice way to make sure that your cache is filled by the time it is read is to seed it from other parts of the cache. Oftentimes, if you render a detail view of an item, you will have data for that item readily available if you've previously been on a list view that shows a list of items.

There are two common approaches to fill a detail cache with data from a list cache:

This is the one also described in the docs: When you try to render the detail view, you look up the list cache for the item you want to render. If it is there, you use it as initial data for the detail query.

If the initialData function returns undefined, the query will proceed as normal and fetch the data from the server. And if something is found, it will be put into the cache directly.

Be advised that if you have staleTime set, no further background refetch will occur, as initialData is seen as fresh. This might not be what you want if your list was last fetched twenty minutes ago.

As shown in the docs, we can additionally specify initialDataUpdatedAt on our detail query. It will tell React Query when the data we are passing in as initialData was originally fetched, so it can determine staleness correctly. Conveniently, React Query also knows when the list was last fetched, so we can just pass that in:

Alternatively, you can create detail caches whenever you fetch the list query. This has the advantage that staleness is automatically measured from when the list was fetched, because, well, that's when we create the detail entry.

The best way I've found to execute the push approach is to do it directly in the queryFn, after data has been fetched:

This would create a detail entry for each item in the list immediately. Since there is no one interested in those queries at the moment, those would be seen as inactive, which means they might be garbage collected after cacheTime has elapsed (default: 15 minutes).

So if you use the push approach, the detail entries you've created here might no longer be available once the user actually navigates to the detail view. Also, if your list is long, you might be creating way too many entries that will never be needed.

Keep in mind that both approaches only work well if the structure of your detail query is exactly the same (or at least assignable to) the structure of the list query. If the detail view has a mandatory field that doesn't exist in the list, seeding via initialData is not a good idea. This is where placeholderData comes in, and I've written a comparison about the two in #9: Placeholder and Initial Data in React Query.