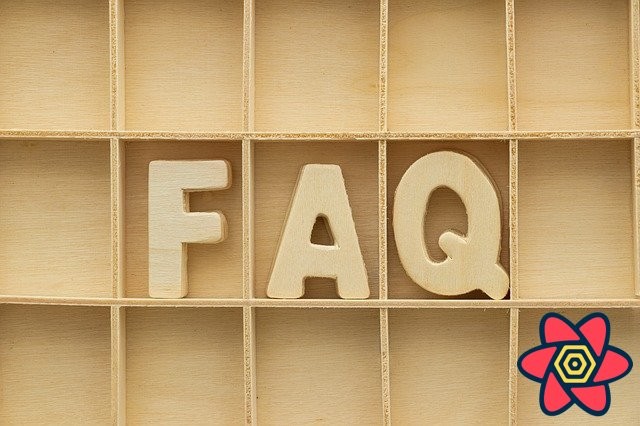 I have been answering a lot of questions over the last 18 months regarding React Query. Being involved in the community and answering questions was what got me into open-source in the first place, and it was also a big factor for writing this React Query related series of articles.

I'm still excited to answer questions, especially if they are well formulated and of the non-standard kind. Please see my post How can I? if you don't know what I mean or want to know what makes a question a good question.

However, I have also seen a couple of repetitive questions that are mostly straight-forward for me to answer, but still require a bit of effort to get into writing. That's what this article is mainly about: To give myself yet another resource to point people towards when I see those questions again.

Without further ado, here are the top questions and my two cents on them:

How can I pass parameters to refetch?

The short answer is still: you cannot. But there's a very good reason for that. Every time you think that's what you want, you usually don't.

Mostly, code that wants to refetch with parameters looks something like this:

Parameters or Variables are dependencies to your query. In the above code, we define a QueryKey ['item'], so whatever we fetch will be stored under that key. If we were to refetch with a different id, it would still write to the same place in the cache, because the key stays the same. So id 2 would then overwrite data for id 1. If you were to switch back to id 1, that data would be gone.

Caching different responses under different query keys is one of React Query's greatest strengths. The hypothetical "refetch-with-parameters" api would take that feature away. This is why refetch is only meant to replay the request with the same variables. So in essence, you don't really want a refetch: You want a new fetch for a different id!

To use React Query effectively, you have to embrace the declarative approach: The query key defines all dependencies that the query function needs to fetch data. If you stick to that, all you have to do to get refetches is to update the dependency. A more realistic example would look like this:

setId will re-render the component, React Query will pick up the new key and start fetching for that key. It will also cache it separately from id 1.

The declarative approach also makes sure that no matter where or how you update the id, your query data will always be "in sync" with it. So your thinking goes from: "If I click that button, I want to refetch" towards: "I always want to see data for the current id".

You also don't have to store that id in useState - it can be done in any way to store client side state (zustand, redux, ...). In the above example, the URL would be a good place to store the id, too:

The best part about this approach is that you don't have to manage state, that you get sharable urls and that the browser back button will also just work for your users to navigate between items.

You might notice that switching query keys will put your query into hard loading state again. That is expected, because we change keys and there is no data for that key yet.

There are a bunch of ways to ease the transition, like setting a placeholderData for that key or prefetching data for the new key ahead of time. A nice approach to tackle this problem is to instruct the query to keep previous data:

With this flag on, React Query will still show data for id 1 while data for id 2 is being fetched. Additionally, the isPreviousData flag on the query result will be set to true, so that you can act accordingly in the UI. Maybe you want to show a background loading spinner in addition to the data, or you'd like to add opacity to the shown data, indicating that it's stale. That is totally up to you - React Query just gives you the means to do that. 🙌

Why are updates not shown?

When interacting with the Query Cache directly, be that because you want to perform an update from a mutation response or because you want to invalidate from mutations, I sometimes get reports that the updates are not reflected on the screen, or that it simply "doesn't work". If that's the case, it mostly boils down to one of two issues:

1: Query Keys are not matching

Query Keys are hashed deterministically, so you don't have to keep referential stability or object key order in mind. However, when you call queryClient.setQueryData, the key must still match the existing key fully. As an example, those two keys do not match:

The second value of the key array is a string in the first example and a number in the second. This can happen if you usually work with numbers, but get a string if you read from the URL with useParams.

The React Query Devtools are your best friend in this case, as you can clearly see which keys exist and which keys are currently fetching. Keep an eye on those pesky details though!

I recommend using TypeScript and Query Key Factories to help with that problem.

2: The QueryClient is not stable

In most examples, we create the queryClient outside of the App component, which makes it referentially stable:

The QueryClient holds the QueryCache, so if you create a new client, you also get a new cache, which will be empty. If you move the client creation into the App component, and your component re-renders for some other reason (e.g. a route change), your cache will be thrown away:

If you have to create your client inside the App, make sure that it is referentially stable by using an instance ref or React state:

I do have a separate blog post on that topic: useState for one-time initializations .

... if I can just as well import the client?

The QueryClientProvider puts the created queryClient into React Context to distribute it throughout your app. You can best read it with useQueryClient. This does not create any extra subscriptions and will not cause any additional re-renders (if the client is stable - see above) - it just avoids having to pass the client down as a prop.

Alternatively, you could export the client and just import it wherever you need to:

Here are a couple of reasons why using the hook is preferred:

1: useQuery uses the hook too

When you call useQuery, we call useQueryClient under the hood. This will look up the nearest client in React Context. Not a big deal, but if you ever get into the situation where the client you import is different from the one in context you'll have a hard to trace bug that could be avoided.

2: It decouples your app from the client

The client you define in your App is your production client. It might have some default settings that work well in production. However, in testing, it might make sense to use different default values. One example is turning off retries during testing, because testing erroneous queries might time out the test otherwise.

A big advantage of React Context when used as a dependency injection mechanism is that it decouples your app from its dependencies. useQueryClient just expects any client to be in the tree above - not a specific client. You'll lose that advantage if you import the production client directly.

It is sometimes necessary to create the queryClient inside the App component (as shown above). One example is when using server side rendering, because you want to avoid having multiple users share the same client.

The same is true when you work with microfrontends - Apps should be isolated. If you create the client outside the App, then use the same App twice on the same page, they'll share a client.

Lastly, if you want to use other hooks in the default values of the queryClient, you also need to create it inside the App. Consider a global error handler that wants to show a toast for every failing mutation:

So if you create your queryClient like that, there is no way that you can just export it and import it in your App.

My best guess on why you would want to export the client is if you're working with a legacy class component that needs to do some query invalidation - and you can't use hooks there. If that is the case, and you can't refactor to a functional component easily, consider creating a render props version:

And by the way, you can do the same thing for useQuery, or any other hook for that matter:

Why do I not get errors ?

If your network request fails, you'd ideally want your query to go to the error state. If that doesn't happen, and you still see a successful query instead, that means that your queryFn did not return a failed Promise.

Remember: React Query doesn't know (or care) about status codes or network requests at all. It needs a resolved or rejected Promise that the queryFn needs to provide.

If React Query sees a rejected Promise, it can potentially start retries, pause queries if you are offline and eventually put the query into the error state, so it's quite an important thing to get right.

Luckily, many data fetching libraries like axios or ky transform erroneous status codes like 4xx or 5xx into failed Promises, so if your network request fails, your query fails too. The notable exception is the built-in fetch API, which will only give you a failed Promise if the request failed due to a network error.

This is of course documented here, but it's still a stumbling block if you've missed this.

To overcome this, you need to check if the response was ok and transform it into a rejected Promise if it wasn't:

The second reason I've seen a lot is that errors are caught inside the queryFn for logging purposes. If you do that without re-throwing the error, you will again return a successful Promise implicitly:

If you want to do this, remember to re-throw the error:

An alternative and not so verbose way to handle errors is to use the onError callback of useQuery:

I definitely prefer the callbacks, and you can read more about differnt ways to handle errors in #11: React Query Error Handling.