React Query as a State Manager 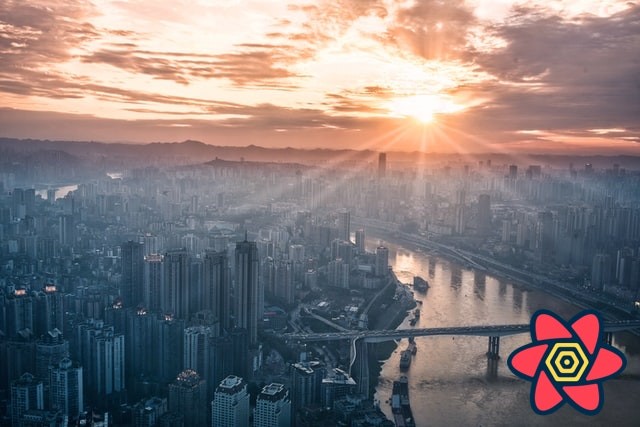 It doesn't fetch any data for you, and only a very small set of features are directly tied to the network (like the OnlineManager, refetchOnReconnect or retrying offline mutation). This also becomes apparent when you write your first queryFn, and you have to use something to actually get the data, like fetch, axios, ky or even graphql-request.

So if React Query is no data fetching library, what is it?

React Query is an async state manager. It can manage any form of asynchronous state - it is happy as long as it gets a Promise. Yes, most of the time, we produce Promises via data fetching, so that's where it shines. But it does more than just handling loading and error states for you. It is a proper, real, "global state manager". The QueryKey uniquely identifies your query, so as long you call the query with the same key in two different places, they will get the same data. This can be best abstracted with a custom hook so that we don't have to access the actual data fetching function twice:

Those components can be anywhere in your component tree. As long as they are under the same QueryClientProvider, they will get the same data. React Query will also deduplicate requests that would happen at the same time, so in the above scenario, even though two components request the same data, there will be only one network request.

Because React Query manages async state (or, in terms of data fetching: server state), it assumes that the frontend application doesn't "own" the data. And that's totally right. If we display data on the screen that we fetch from an API, we only display a "snapshot" of that data - the version of how it looked when we retrieved it. So the question we have to ask ourselves is:

Is that data still accurate after we fetch it?

The answer depends totally on our problem domain. If we fetch a Twitter post with all its likes and comments, it is likely outdated (stale) pretty fast. If we fetch exchange rates that update on a daily basis, well, our data is going to be quite accurate for some time even without refetching.

React Query provides the means to synchronize our view with the actual data owner - the backend. And by doing so, it errs on the side of updating often rather than not updating often enough.

Two approaches to data fetching were pretty common before libraries like React Query came to the rescue:

Both of these approaches are pretty sub-optimal. The first one doesn't update our local cache often enough, while the second one potentially re-fetches too often, and also has a questionable ux because data is not there when we fetch for the second time.

So how does React Query approach these problems?

You might have heard this before, it's the caching mechanism that React Query uses. It's nothing new - you can read about the HTTP Cache-Control Extensions for Stale Content here. In summary, it means React Query will cache data for you and give it to you when you need it, even if that data might not be up-to-date (stale) anymore. The principle is that stale data is better than no data, because no data usually means a loading spinner, and this will be perceived as "slow" by users. At the same time, it will try to perform a background refetch to revalidate that data.

Cache invalidation is pretty hard, so when do you decide it's time to ask the backend again for new data? Surely we can't just do this every time a component that calls useQuery re-renders. That would be insanely expensive, even by modern standards.

So React Query is being smart and chooses strategic points for triggering a refetch. Points that seem to be a good indicator for saying: "Yep, now would be a good time to go get some data". These are:

Finally, if you, as the developer of your app, know a good point in time, you can invoke a manual invalidation via queryClient.invalidateQueries. This comes in very handy after you perform a mutation.

Letting React Query do its magic

I love these defaults, but as I said before, they are geared towards keeping things up-to-date, not to minimize the amount of network requests. This is mainly because staleTime defaults to zero, which means that every time you e.g. mount a new component instance, you will get a background refetch. If you do this a lot, especially with mounts in short succession that are not in the same render cycle, you might see a lot of fetches in the network tab. That's because React Query can't deduplicate in such situations:

What's going on here, I just fetched my data 2 seconds ago, why is there another network request happening? This is insane!

— Legit reaction when using React Query for the first time

At that point, it might seem like a good idea to either pass data down via props, or to put it in React Context to avoid prop drilling, or to just turn off the refetchOnMount / refetchOnWindowFocus flags because all of this fetching is just too much!

Generally, there is nothing wrong with passing data as props. It's the most explicit thing you can do, and would work well in the above example. But what if we tweak the example a bit towards a more real-life situation:

In this example, our second component (which also depends on the todo data) will only mount after the user clicks a button. Now imagine our user clicks on that button after some minutes. Wouldn't a background refetch be nice in that situation, so that we can see the up-to-date values of our todo list?

This wouldn't be possible if you chose any of the aforementioned approaches that basically bypass what React Query wants to do.

So how can we have our cake and eat it, too?

Maybe you've already guessed the direction in which I want to go: The solution would be to set staleTime to a value you are comfortable with for your specific use-case. The key thing to know is:

As long as data is fresh, it will always come from the cache only. You will not see a network request for fresh data, no matter how often you want to retrieve it.

There is also no "correct" value for staleTime. In many situations, the defaults work really well. Personally, I like to set it to a minimum of 20 seconds to deduplicate requests in that time frame, but it's totally up to you.

Since v3, React Query supports a great way of setting default values per Query Key via QueryClient.setQueryDefaults. So if you follow the patterns I've outlined in #8: Effective React Query Keys, you can set defaults for any granularity you want, because passing Query Keys to setQueryDefaults follows the standard partial matching that e.g. Query Filters also have:

A note on separation of concerns

It is a seemingly legit concern that adding hooks like useQuery to components of all layers in your app mixes responsibilities of what a component should do. Back in the old days, the "smart-vs-dumb", "container-vs-presentational" component pattern was ubiquitous. It promised clear separation, decoupling, reusability and ease of testability because presentational components would just "get props". It also led to lots of prop drilling, boilerplate, patterns that were hard to statically type (👋 higher-order-components) and arbitrary component splits.

That changed a lot when hooks came around. You can now useContext, useQuery or useSelector (if you're using redux) everywhere, and thus inject dependencies into your component. You can argue that doing so makes your component more coupled. You can also say that it's now more independent because you can move it around freely in your app, and it will just work on its own.

In summary, it's all tradeoffs. There is no free lunch. What might work in one situation might not work in others. Should a reusable Button component do data fetching? Probably not. Does it make sense to split your Dashboard into a DashboardView and a DashboardContainer that passes data down? Also, probably not. So it's on us to know the tradeoffs and apply the right tool for the right job.

React Query is great at managing async state globally in your app, if you let it. Only turn off the refetch flags if you know that make sense for your use-case, and resist the urge to sync server data to a different state manager. Usually, customizing staleTime is all you need to get a great ux while also being in control of how often background updates happen.